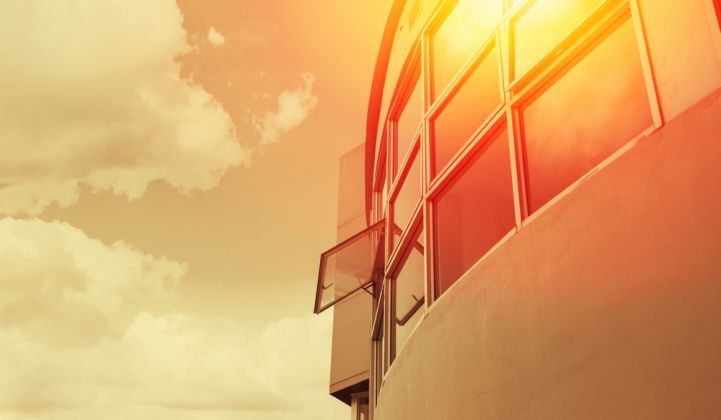 The summer of 2018 was the fourth-hottest on record for the United States, straining electric grids across the country as air conditioning use skyrocketed and electricity demand spiked. Until recently, hot and humid summers typically meant cringeworthy utility bills for commercial and multifamily residential building owners.

But this summer, more building owners and managers than ever before capitalized on these peak electricity demand events and turned their energy assets into revenue-generating opportunities.

With a growing share of new generation assets on U.S. grids being intermittent, such as wind and solar, load management is a crucial tool for grid operators during cooling season. At the same time, demand peaks are reaching higher, making real-time energy management at the end-user level more important and valuable than ever to balance supply and demand.

Building operators have a new role to play as grid energy management heroes during times of grid stress when the risk of service interruptions and blackouts is highest.

Utilities and grid operators are especially eager to enable and incentivize support from large buildings. These buildings are most valuable as demand response (DR) resources: Owners and managers can voluntarily respond to requests from grid operators to curb energy use and bring down the demand peaks that threaten to cause service interruptions.

Beginning in June 2018, New England electric grid operator ISO-NE was the first electric grid to integrate DR as a tangible energy resource into its real-time energy reserves and capacity markets. Large users of electricity like commercial and multifamily buildings are prime actors to provide this much-needed resource.

This summer, over 200 buildings engaged in DR actions through real-time energy management software were tracked by company Logical Buildings, showing a doubling of the number of participating buildings during the previous year across four major electric grids spanning the Northeast, Mid-Atlantic and California. These activities cut electricity use by 4.5 megawatts (about equivalent to taking 4,500 homes off the grid for 4 hours) at critical moments, preventing blackouts and adding up to real savings for building owners.

Top performing buildings were able to cut their annual energy bill by up to 30 percent from continuous participation in summer DR activities. DR participants save on energy bills largely because electricity is most expensive when demand in the region is highest; cutting energy use for just a handful of hours over the course of the year can yield outsized savings if reductions are made during demand peaks.

In addition, many utilities make direct payments to DR participants. These participants turn their buildings into virtual power plants (VPPs) in a matter of minutes, allowing in-the-moment energy supplies to go further and maintain reliable service from the grid. No matter the building size or type, there is an opportunity to act as a VPP and be rewarded for it.

These signals indicate specific locations and times within New York City where the electric grid needs relief. For example, Con Edison might need grid relief in Midtown West from 3:00 to 5:00 p.m. during peak commercial hours, or 7:00 to 9:00 p.m. in Brooklyn during peak residential hours. In order to encourage more buildings to participate in DR, Con Edison is now offering 70 percent rebates on installation and activation of building controls that enable energy reduction.

The New England electric grid experienced its highest levels of congestion since 2013. This summer in Boston, where grid stress is rarely a concern, ISO-NE called at least two emergency events, including an emergency event at 3:30 p.m. on Labor Day Monday. The Labor Day emergency conditions were reportedly caused by higher-than-expected electricity usage and an outage at a 1,700-megawatt natural-gas-fired power plant, Mystic Generating Station, cutting off crucial supply to the grid. Thanks to the flexibility and rapid response capabilities of virtual power plants, the Boston area weathered the emergency with no service interruptions, despite Mystic being the highest-capacity power plant in Massachusetts.

Using less energy when it’s most expensive is just one pathway to energy-based savings for buildings. Some energy management events like DR are structured, where end users receive revenue for reducing energy usage for a predetermined price in specific time windows. Other lucrative energy management opportunities, such as high pricing or potential capacity tag measurement periods — where the utility measures an energy user’s highest demand to determine capacity fees for the next year — are harder to predict and less structured, but equally valuable opportunities for reducing energy costs.

In order to maximize opportunity for success, buildings should use digital energy management protocols that often begin with pre-cooling ahead of a high demand event during the summer. As the protocols are executed, building operators can watch in real time as their electricity usage drops. For select buildings, the entire protocol is automated down to individual fan motors.

Often, buildings have “hidden” distributed energy resources, like co-generation or backup generators, which leading energy management systems can optimize and dispatch during energy management events to earn significant revenue for building owners. Summer peak demand and unexpected supply outages — like what caused Boston’s Labor Day event — are but two examples of grid stress events that stand to benefit from advanced energy management by large buildings. As adoption by buildings grows in parallel to utilities’ and grid operators’ need for demand management, the versatility of applications available will flourish, adding greater significance to the building operator’s role as a grid hero.

Overall electricity demand is growing, and climate change is producing more intense and more frequent summer heatwaves. The summer of 2018 provided a glimpse of the future: more record-breaking or near record-high temperatures and humidity levels with every passing year, putting ever-greater strain on electricity grids around the U.S. and the world. But as more building owners and managers educate themselves about the services they can provide the grid and adopt hardware and software tools that automate participation in DR and other grid services, the risk of grid failure will decline.

The resulting improvements to grid reliability, savings and revenue generation for building owners, greenhouse gas reductions and crises avoided by electric utilities and grid operators will give everyone something to cheer about. 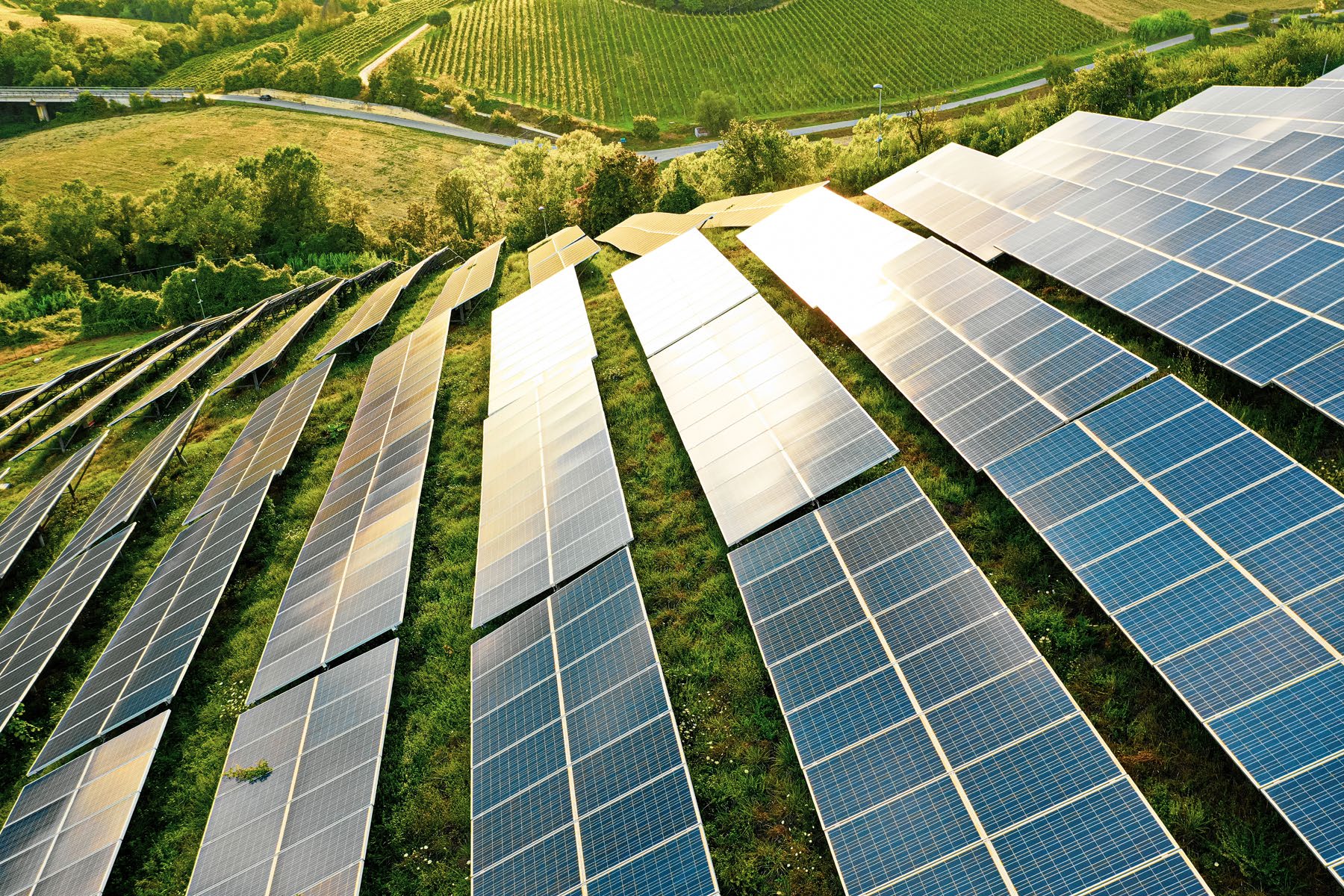 Debunking the Myths About Solar Energy 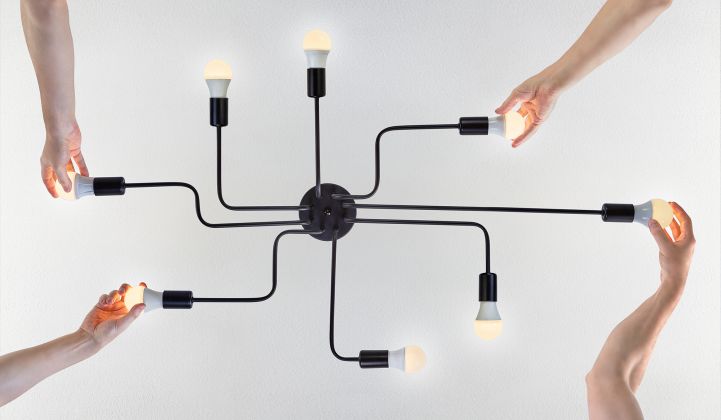